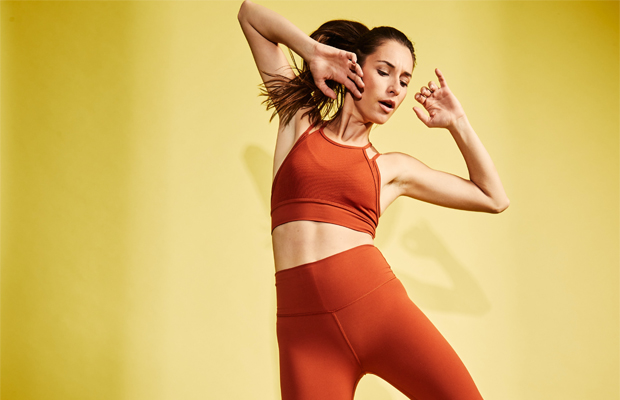 Regular aerobic exercise has been shown to boost heart health, keep blood sugar levels in check, and maintain the health of our minds for the long haul. But just as there are a multitude of ways to work out and keep your body (and mind) healthy and strong, there are a trove of different approaches you can take to doing cardio. Enter: HIIT, or high-intensity interval training.

HIIT’s definition is a heckuva lot more simple than you might think, says Annie Mulgrew, founding instructor for CITYROW and Certified Personal Trainer. “High-intensity interval training is a form of interval training that alternates between short bursts of intense energy or activity followed by minimal rest, ideally until that person is unable to continue,” she explains.

What Makes A HIIT Workout

And, as Mulgrew notes, HIIT can be just about anything – from swimming to running to mountain climbers in your apartment to even weight training. The key, she says, is ensuring that the “short burst of energy” is at least 80 percent of your maximum effort (so, 8 on a scale of 10).

“For HIIT to be effective, your ‘on’ intervals need to be all-out,” she says. Mulgrew also notes that your rest period shouldn’t exceed your active period (try, 20 seconds on and 10 seconds off). That rest period can contain no movement or moderate-effort movement – that part really isn’t important, she says. Those maximum-effort bursts are where the gains are made, Mulgrew reiterates.

In Mulgrew’s CITYROW classes, for example, that on/off scheme translates to both metres rowed on the rowing machine, as well as resistance training off the rower. “You may find short rowing distance repeats or hip thrusters programmed as 40 seconds on and 20 seconds off,” she says.

READ MORE: 5 Workouts To Help You Tone, Trim, and Build Muscle This Summer

If you’re using weights for your HIIT workout, choose a weight that allows you to complete 10 to 20 reps repeatedly in your “on” periods, Mulgrew recommends. Beginners should aim for no more than 20 minutes of HIIT total. And if you’re a total HIIT nut, keep it no longer than 50 to 60 minutes (so the actual HIIT portion of the workout is around 30 minutes and the warm-up/cool-down roughly 20 minutes). “Going any longer than that would most likely mean you’re not able to maintain the intensity you need in order to achieve the benefits of a HIIT workout,” she says.

Speaking of benefits, here are five major health perks associated with HIIT, plus, how to maximize your next interval workout.

1. You’ll burn a boatload of calories – even after you’ve finished working out.

One 2015 study (of healthy men) that compared calorie burn after 30 minutes of HIIT to other forms of steady-state exercise noted that HIIT burned 25 to 30 percent more calories. Other studies (also on men) have noted that HIIT propels your production of human growth hormone, or HGH, upwards of 450 percent in the 24 hours following a session, increasing overall calorie burn.

2. They may help you lose fat quicker (especially around the midsection).

Yep – a study in Journal of Diabetes Research confirmed this. The researchers divided obese, sedentary women into groups: those who partook in a HIIT program and those who did a moderate-intensity (but continuous energy expenditure) routine. The former group achieved similar body composition and aerobic capacity results in half the time.

One major (assumed) drawback to HIIT, of course, is the notion you need to be flying, flailing, bounding, and sprinting (with a series of complicated tools, no less) in order to achieve a solid workout. But as Mulgrew points out, the hallmark of HIIT lies in exertion, not the modality, so pretty much any form of exercise fits—and that includes the simplest form of cardio there is: walking.

In one Japanese study, for five months, 700 middle- and older-aged adults engaged in walking intervals (shorter bursts of speed interspersed with periods of rest). At the conclusion of the study, the individuals had noticeably improved endurance and strength.

4. HIIT keeps your brain in shape.

Studies have shown that regular HIIT exercise can boost your memory and make you sharper in everyday decision-making. One (potential) reason why, according to Mulgrew: “During a HIIT workout, you have to stay focused,” she explains.

5. It’s the perfect exercise for that perpetually strapped-for-time person.

And, what’s more, you don’t have to sweat for very long in order to see results. A 2006 study compared two groups of college men for two weeks: those who did stationary bicycling at a moderate pace for roughly an hour-and-a-half to two hours for three times a week, and those who did six 30-second all-out sprints with four minutes of recovery.

Surprise, surprise: The HIIT-ers were just as fit (in terms of exercise performance and muscle growth) as those moderate-intensity exercisers by the end of the trial—with far less time invested.

*This article was originally published on Women’s Health US