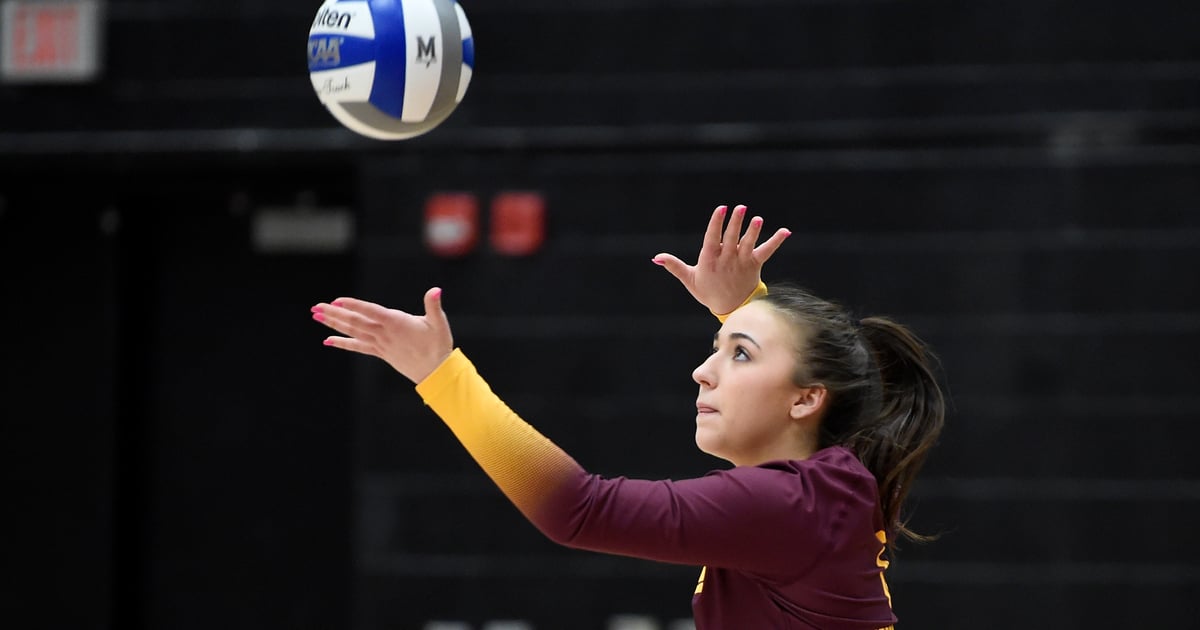 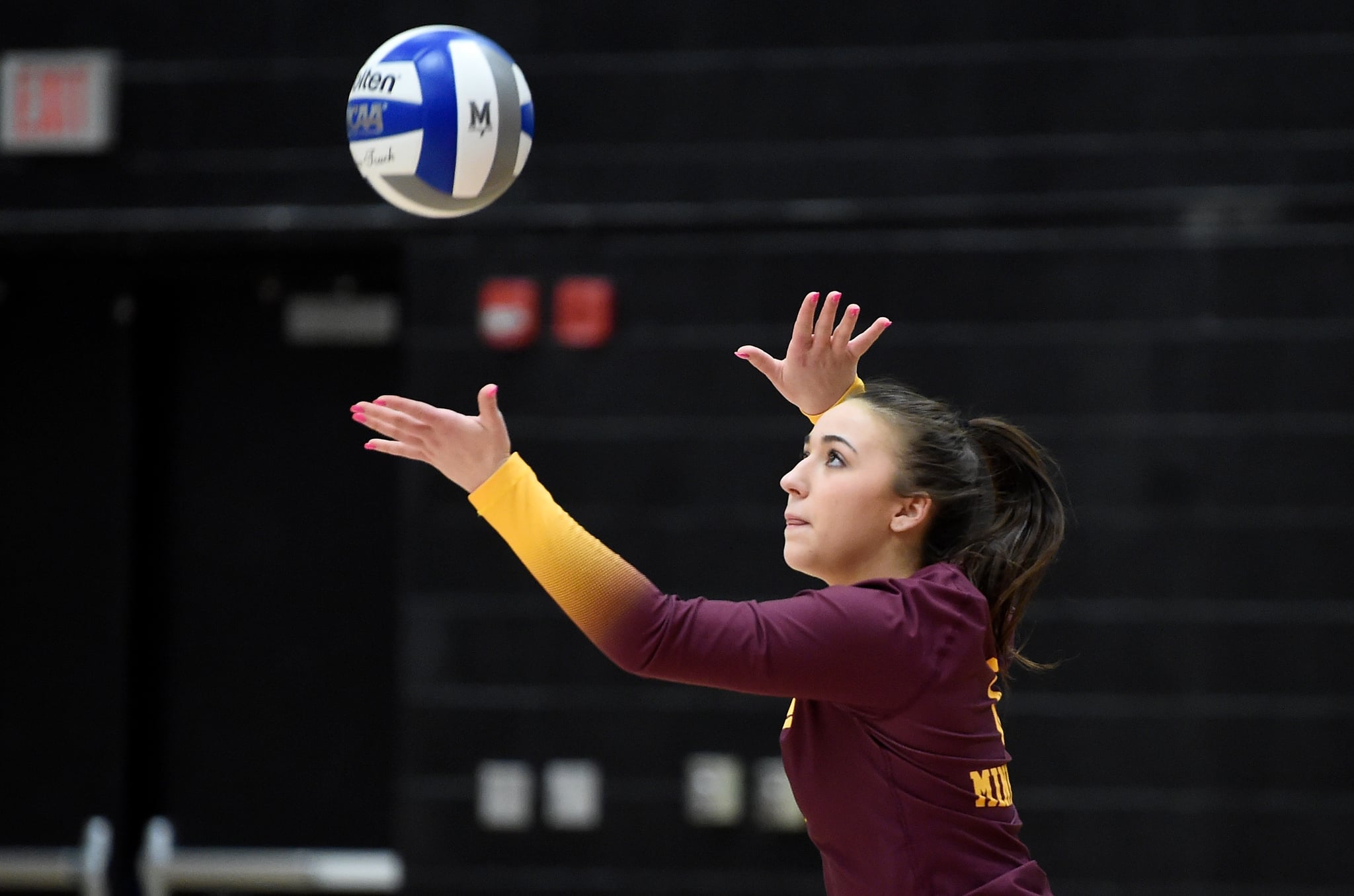 Feels like just yesterday we were rubbing our eyes in disbelief over the practically nonexistent “weight rooms” at the NCAA women’s basketball tournament. Less than a month later, here we are again — this time it’s volleyball in the spotlight, as coaches are calling out poor playing conditions and media coverage of the NCAA tournament.

The women’s volleyball tournament begins April 14 (it was postponed last fall due to COVID-19) and was organized so every game takes place in the same location: CHI Health Center, a convention center in Omaha, NE. That’s one thing coaches are worried about: the facility itself.

According to Big Ten Network’s Emily Ehman, multiple coaches have said the convention center’s practice courts are “sport court layered over cement flooring,” a combination that’s “very high risk for injury and NOT suitable for players’ safety — especially any players jumping repeatedly,” an obvious issue for volleyball players. And Nebraska coach John Cook told the Associated Press that coaches are also concerned about the overall setup of the convention center, which will house four competition courts in two halls and eight practice courts crammed into a third. In the first and second rounds, four matches will be played at the same time, which is more like a high-school tournament, Cook noted.

“Women’s volleyball is not worthy of announcers? Plenty [of] capable commentators happy to do the work for free. Let’s get organized.”

Other conditions also drew this critical comparison, including broadcast coverage of the tournament. ESPN is carrying the tournament and had only planned to provide a live stream — with no commentators — for the first two rounds, a decision that drew sharp responses from coaches. “It’s stunning they’re not (having) a broadcast team,” Wisconsin coach Kelly Sheffield told AP. “To me it’s just lazy . . . that you’re just going to be looking at silence while watching NCAA tournament games.” This tournament should feel important and special, the apex of the season; instead, he said, “it’s going to come across as a high school type of deal.”

Purdue coach Dave Shondell called the lack of commentary “bush league” (that is, second-rate and not worthy of these high-level athletes) in a scathing tweet. “Women’s volleyball is not worthy of announcers?” he wrote. “Plenty [of] capable commentators happy to do the work for free. Let’s get organized.” Sheffield saw similarity between the situation and that of the women’s basketball weight rooms, noting that it had the potential to draw just as much ire: “I have a feeling that could blow up as much as what the weight room stuff did in women’s basketball.”

ESPN and the NCAA apparently agreed. In a statement last week, the NCAA explained that broadcasters have “no requirement” to cover or give live commentary of the first two rounds of the tournament, shifting the blame to ESPN for what is evidently a normal policy. Pandemic-related restrictions created “additional technical challenges,” NCAA added; remote live commentary was planned for the regional semifinals and regional finals, with on-site commentary for the national semifinals and championship match.

On April 9, following criticism, ESPN changed course, announcing it would “provide remote announcers for the first and second rounds of the championship.” The station confirmed that “all 47 matches will be live on an ESPN platform and will include commentators.” Shondell later tweeted his thanks to ESPN for appearing to rectify the issue.

The NCAA also sought to address the flooring situation, saying that “felt underlayment is applied to each practice court to apply cushioning and prevent court movement. Taraflex floor will be laid over felt underlayment and sport court floor for the first three rounds of competition.” The organization disputed the coaches’ description of the flooring, saying courts in the CHI Health Center Arena were “Sport Court over a wood sport flooring system, which has been the traditional set-up for the championship.”

There also appeared to be confusion over the availability of locker rooms for players. According to Sports Illustrated, COVID-19 restrictions meant that “locker rooms will not be available during the early rounds of the tournament,” a baffling move to coaches. “Volleyball players warm up and then change into their uniforms,” Cook told AP. “How does that work if you’re in the middle of convention Hall C?”

In its response, the NCAA said, “Contrary to reports, players were never expected to change clothes on the bench — each team will have a secure changing area on site,” though it did not give any further details or explain the confusion.

It’s not a good look for the NCAA, which is already under scrutiny for unequal treatment during the men’s and women’s basketball tournaments. Now, as the organization did last month, it appears to be taking steps to at least speak on the issue. But we’re still left wondering why these powerful organizations (NCAA and ESPN) have to be put on public blast before providing appropriate playing environments and media coverage for women athletes.

9 Sports Bras With Underwires — Because We’re Sick of Holding Our Boobs While Running
Strawberries and Yogurt Whipped Cream
How to Correctly Juice Cleanse
10 Min HIIT to burn calories | Standing Full Body Workout – No Equipment
How We Lost 270 Pounds: Our Whole Food Plant Based Weight Loss Journey