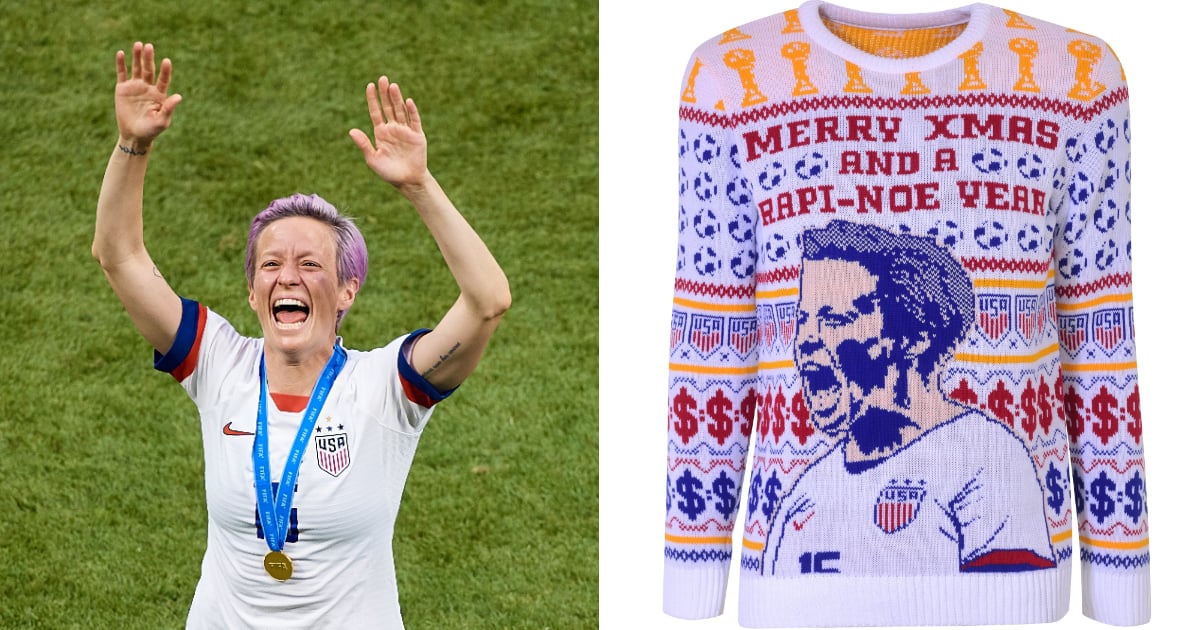 Megan Rapinoe is a household name in soccer not just because she’s a phenomenal athlete — she won the coveted Golden Boot for most 2019 World Cup goals and Golden Ball for the best 2019 World Cup player — but also because of the fearless way she fights for equal pay and stands up for her beliefs. She’s a force and not afraid to speak her mind. It’s no wonder she was named Sports Illustrated‘s Sportsperson of the Year and, as cocaptain of the USWNT, was one of the 23 women on that team honored as Time 2019 Athlete of the Year.

Now, you can rep the 34-year-old this holiday season (and every season after that) with a sweater from the UK brand Notjust as part of its debut American apparel collection. It’s a gloriously ugly-in-a-good-way piece adorned with “Merry Xmas and a Rapi-Noe Year,” which, if you ask us, is pure genius. It is World Cup-themed and features “All I Want For Xmas Is Equal Pay” on the back. Need we say more?

The best part is that 10 percent of proceeds from each sale goes toward one of six charities: LGBTQ+ advocacy group Athlete Ally, Save the Children USA, anti-fast-fashion group Remake, Plastic Oceans, refugee support group Kicking Off, and Equality Now. The last organization advocates for gender equality, and we’re all for that. A spokesperson confirmed that while Megan didn’t choose the charities, Notjust selected a list that it felt she would stand behind.

There are only 250 of these sweaters available, so get to it! Ahead, check out the front and back details for yourself. And have a Rapi-noe year full of power poses, pink hair, and equal opportunity.