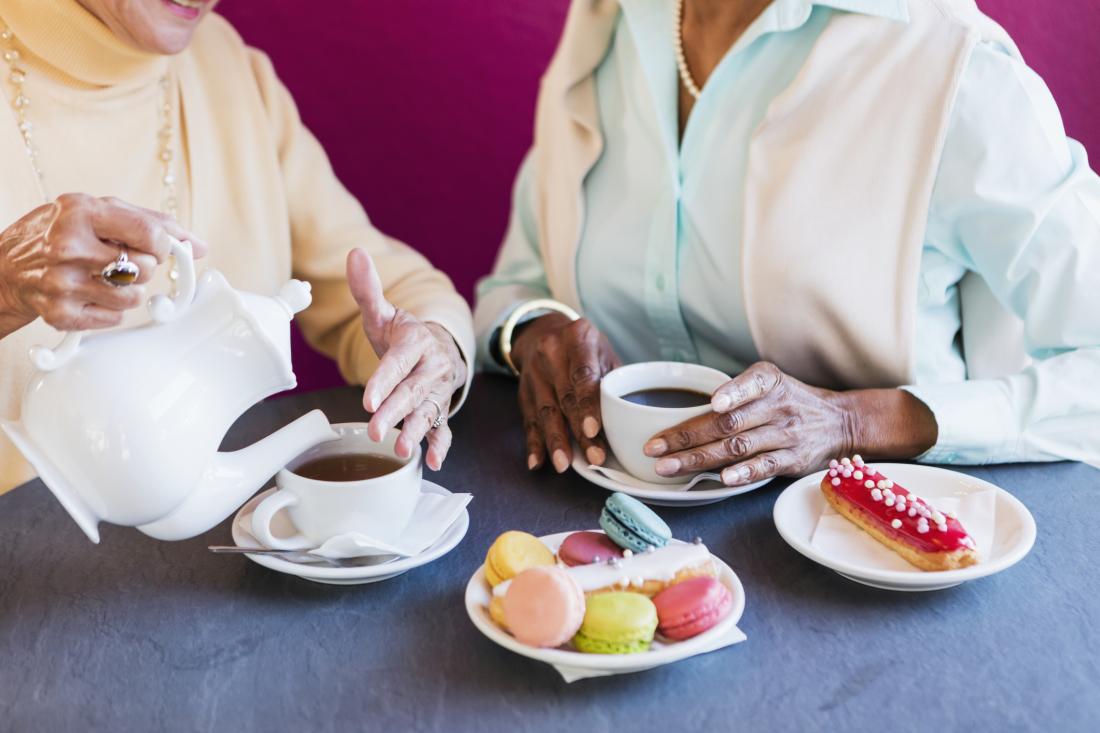 Sweet pastry can be a rich source of trans fats, which may raise the risk of dementia in some people, according to new research.

The researchers also found that sweet pastries were likely the biggest source of dietary trans fats in that population.

There are two primary sources of trans fats in the human diet: natural and artificial. Natural trans fats are present in small amounts in dairy products and the meat of some animals.

Artificial trans fats, or trans fatty acids, are the primary source of trans fats in the diet and are the product of an industrial process that adds hydrogen to vegetable oil to make it solid.

According to the American Heart Association, consumption of trans fats can raise the risk of heart disease, stroke, and has links to a higher risk of type 2 diabetes.

In a recent Neurology paper, the new study authors describe how they linked trans fats to a higher risk of dementia using data from an ongoing health study of people living in the town of Hisayama in Japan.

“These results,” says senior study author Toshiharu Ninomiya, “give us even more reason to avoid trans fats.” He adds that “In the United States, the small amounts still allowed in foods can really add up if people eat multiple servings of these foods, and trans fats are still allowed in many other countries.”

Ninomiya is a professor in the department of epidemiology and public health at Kyushu University in Japan.

The new study used data on 1,628 people who were at least 60 years of age and without dementia when they gave blood samples during a screening exam in 2002–2003. The researchers followed them for another 10 years and noted any incidences of dementia that occurred.

During the follow-up, 377 of the participants received a diagnosis of dementia, including 247 for Alzheimer’s disease.

For the analysis, the team ranged the participants in four equal groups according to their blood levels of trans fats.

Stay in the know. Get our free daily newsletter

You’ve got questions. We’ve got answers. Expert, evidence-based advice delivered straight to your inbox to help you take control of your health

In the group with the highest blood level of trans fats, the incidence rate of dementia was 29.8 per 1,000 person-years.

The researchers adjusted the results for other factors that might influence the risk of dementia. These factors included smoking status and conditions, such as high blood pressure and diabetes.

The authors note that the link “remained significant after adjustment for dietary factors, including total energy intake and intakes of saturated and polyunsaturated fatty acids.”

The Food and Drug Administration (FDA) in the U.S. banned artificial trans fats in 2018, declaring that removing partially hydrogenated oils from processed foods could “prevent thousands of heart attacks and deaths every year.”

However, the ban contains a provision that allows labels on food containing less than 0.5 grams (g) of trans fats to say that they contain 0 g. This means that some foods may still contain very small amounts of partially hydrogenated oils.

In outlining the reasons for their investigation, the researchers note that few studies had examined the link between trans fats and dementia. Also, those that had investigated the relationship did not yield consistent results.

They suggest that the reason for inconsistent results in the previous studies was that they lacked an accurate method for assessing dietary intake of trans fats.

In their study paper, the authors describe how they used blood levels of elaidic acid as “an objective biomarker for industrial trans fat.”

Elaidic acid is a major trans fat in partially hydrogenated vegetable oils. It also occurs in small amounts in milk and some meats.

As part of the screening, the participants had also filled in questionnaires about their food intake.

By correlating this information with the other results, the researchers were able to assess which foods likely contributed the most to the higher levels of blood trans fats.

One of the study’s limitations was the fact that it only measured blood levels of trans fats at the outset.

The researchers also note that since the data came from a single town in Japan, they cannot say whether the results would be the same in other populations with different patterns of trans fats intake.

The World Health Organization (WHO) have released a step by step guide for removing artificial trans fats from the global food chain.

Prof. Ninomiya observes that WHO have called for the worldwide elimination of artificial trans fats by 2023.

“These public health efforts have the potential to help prevent dementia cases around the world, not to mention the decrease in heart disease and other conditions related to trans fats.”