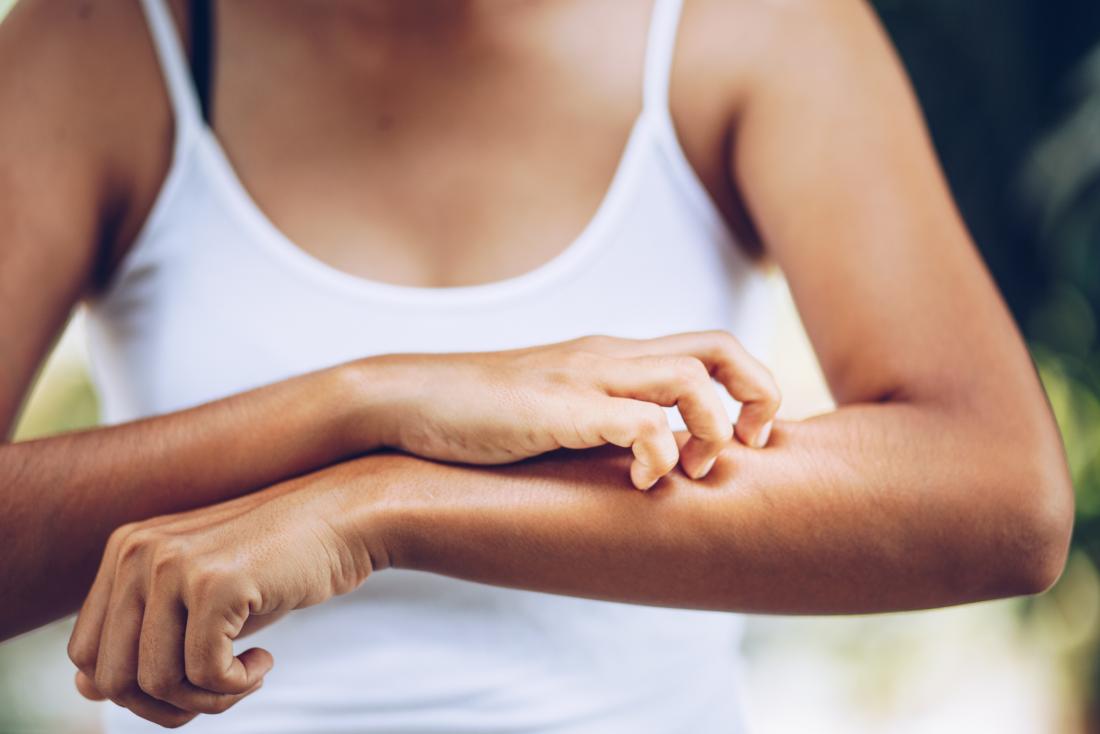 Ketogenic, or keto, diets are high in fats and low in carbohydrates.

People often use such diets for weight loss, as they stimulate the body to enter ketosis.

This is a state in which the body starts burning fat for energy rather than carbohydrates, as it naturally would.

Some studies suggest that keto diets may help manage the symptoms of type 2 diabetes and protect against cognitive decline, and doctors sometimes advise people with epilepsy to follow a keto diet to reduce the frequency of seizures.

However, keto diets also come with some risks and side effects, such as flu-like symptoms and skin rashes.

Now, a study in mouse models with psoriasis-like skin inflammation suggests that some keto diets — those that are highest in fats — could actually exacerbate such skin problems.

The study authors — from Paracelsus Medical University in Salzburg, Austria — report their findings in a paper that appears in the Journal of Investigative Dermatology.

“This study leads to a broader understanding of possible effects of ketogenic diets with a very high fat content on skin inflammation and underlines the importance of the composition of fatty acids in the diet,” says co-lead study author Barbara Kofler, Ph.D.

The researchers fed different groups of mouse models with psoriasis-like skin inflammation distinct types of ketogenic diets, including one that had a high content of medium-chain triglycerides (MCTs). These are a type of fat that derives from coconuts.

The team was also hoping to find out if long-chain triglyceride (LCT) based ketogenic diets could slow down the progression of psoriasis-like skin inflammation. Their experiments did not confirm this effect, but they did show that more balanced keto diets did not worsen skin inflammation.

“However, ketogenic diets containing high amounts of MCTs, especially in combination with omega-3 fatty acids, should be used with caution since they may aggravate preexisting skin inflammatory conditions,” she warns.

Co-lead investigator Roland Lang, Ph.D., adds that “[k]etogenic diets supplemented with MCTs not only induce the expression of pro-inflammatory cytokines [cell signaling proteins], but also lead to an accumulation of neutrophils [white blood cells that play a key role in immune responses] in the skin, resulting in a worse clinical appearance of the skin of the mice.”

“Neutrophils are of particular interest since they are known to express a receptor for MCTs and therefore a ketogenic diet containing MCTs may have an impact on other neutrophil-mediated diseases not limited to the skin,” he notes.

In the future, the researchers are interested in studying the effects of ketogenic diets on skin inflammation in the long term. This would be to find out which keto diets are potentially harmful in the context of skin health, and which — if any — might be helpful.

Despite the recent findings, the investigators say that people following a keto diet should not worry: In the study, the team fed the mice an extremely high fat (77% fat) diet, which most people are unlikely to follow.

Nevertheless, they say that people with psoriasis may wish to avoid ketogenic diets to prevent any further damage to the skin.

“I think most people following a ketogenic diet don’t need to worry about unwanted skin inflammation side effects. However, [people] with psoriasis should not consider a ketogenic diet an adjuvant therapeutic option.”