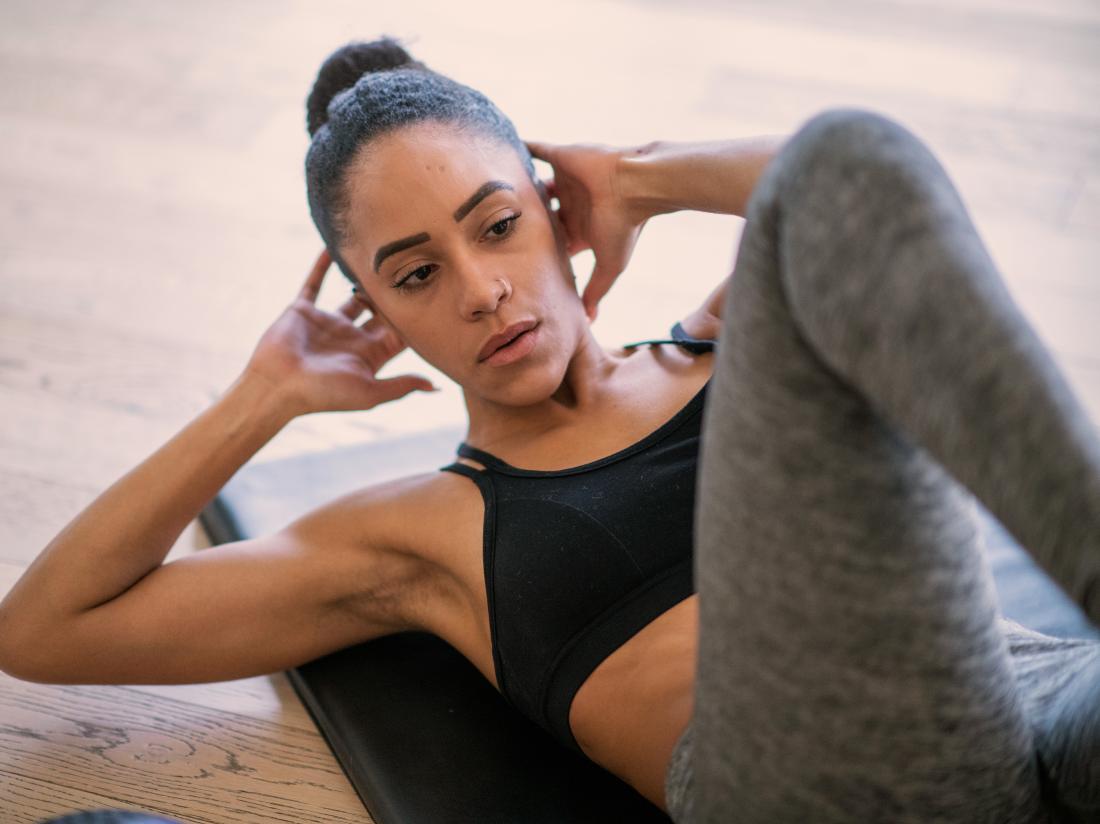 Both males and females can achieve well-defined abs, but genetic and hormonal factors can make it more challenging for females.

In this article, we describe what abs are and how to increase their definition.

What exactly are abs?


Females may find it more difficult than males to get well-defined abs.

The following four major muscle groups make up the abs:

These are muscles on the sides of the upper stomach. They support the torso to twist from side to side.

The rectus abdominis consists of two bands of muscle that run down from around the sternum. They have bands of connective tissue between them, which give the abs their distinctive six or eight pack look.

The rectus abdominis muscle is important for maintaining posture and breathing.

The transverse abdominis muscles are deep muscles that go from side to side. While these muscles are harder to see, they provide stability and strength to the torso.

Getting well-defined abs requires a combination of diet and exercise, although genetics also influence how abs grow and look. There are also differences between males and females.

Certain genetic factors mean that females can find it more difficult than males to get well-defined abs. For example, males tend to have more muscle mass than females.

Females have less testosterone than males and more estrogen. Testosterone supports muscle growth, while estrogen can make it harder to burn body fat.

It is still possible for females to have well-defined abs. However, they can be more challenging to achieve and may require a lower body fat percentage.

It is important for females to avoid allowing their body fat to drop too low. An article in the journal Human Reproduction suggests that this can affect regular menstruation. It can also increase the likelihood of fatigue.

Males generally have more muscle mass than females. As a result, it is easier for them to build more visible abs. Males are also not at risk of problems with menstruation.

However, males and females still face the same challenge of sticking to the diet and exercise habits that are necessary for well-defined abs.

Building abs will require exercises that target several muscles in the abdomen.

A study that the American Council on Exercise funded found that the three most effective exercises to strengthen the rectus abdominis and oblique muscles were the bicycle maneuver, captain’s chair, and exercise ball crunch.

Regularly performing these exercises is an efficient way to build the abs.

To perform the bicycle maneuver:

People usually perform this exercise on a piece of gym equipment that trainers call a knee raise station.

Another variation is to raise straight legs until they are parallel with the ground.

This exercise requires an exercise or Swiss ball.

A study in the Journal of Strength and Conditioning Research suggests that exercising on an unstable surface activates the abs more than exercising on a stable one.

As a result, performing exercises such as crunches on an exercise ball is a good way to target the abs.

It is essential to burn enough body fat for the abs to become visible.

Cardiovascular, or cardio, exercises are excellent for burning fat. Cardio exercises include a range of activities and sports, such as running, cycling, and aerobics classes.

To get well-defined abs, some people may need to make changes to their diet. They may find the following tips helpful:

Get plenty of protein

Protein is one of the main building blocks of muscle. According to the American College of Sports Medicine, most people need about 0.35 grams of protein per pound of body weight each day for general health.

Lean proteins are low in fat. Examples include:

Superfoods are nutrient dense foods that can help people maintain good overall health, which is important for both fat loss and muscle building. Foods that people commonly describe as superfoods include:

Drink plenty of water each day

Most people should drink about eight glasses of water per day. People can tell whether they are drinking enough water by checking the color of their urine, which should be a pale yellow color.

How long does it take?

The length of time that it takes to get well-defined abs will vary among individuals. For example, people with high levels of abdominal fat will need more time than people with less body fat who are following the same routine.

Genetic factors can also influence both fat loss and muscle growth and structure.

Therefore, some people will be able to develop visible abs within a few weeks. Others may need months of strict exercise and dieting to achieve the same results.

Achieving well-defined abs will require consistent dieting and exercise. Everyone has abdominal muscles, but they are only visible when body fat is low enough.

It is important to remember that genetics influence the appearance of abs and how they grow. Some people will always find it more difficult than others to get well-defined abs, regardless of their exercise and diet efforts.