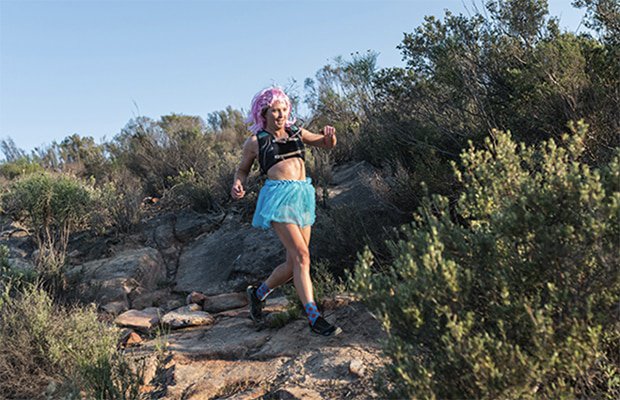 What do you call a trail runner in a tutu and a pink wig? You call it Cally Silberbauer.

I’m a sucker for dress-up parties. You know that scene in Mean Girls where Cady goes all-out for that Halloween party? That would 100% be me. So when I heard that the Namaqualand Flower Festival does not only encourage juicy, festive outfits, but that they reward it with prizes — I was in. That’s how I ended up running 20km in a tutu and a wig…

It’s been 12 years since this event first started. Originally it was a bunch of friends who got together for a weekend, missioned on a hectic hike and then partied the night away. So began the fest and from there the Namaqualand Flower Fest fam just kept on growing.

READ MORE: The Best Trails For Beginner Trail Runners, According To A Pro

The recipe has stayed basically the same. The event kicks off on the Friday with a chilled evening and registration for the trail run — which takes place on Saturday morning with three different route options: long (20km), short (9km) and fun (4km).

We arrived at the Gifberg family farm around 9:30pm and put up our tents by headlamp. After a quick supper, we headed to bed ready to be up at sparrow’s fart for the trail run. The night before a race I always lay out my outfit, gear and hydration pack with snacks and water. This time a tutu and a pink wig accompanied the #OOTD. 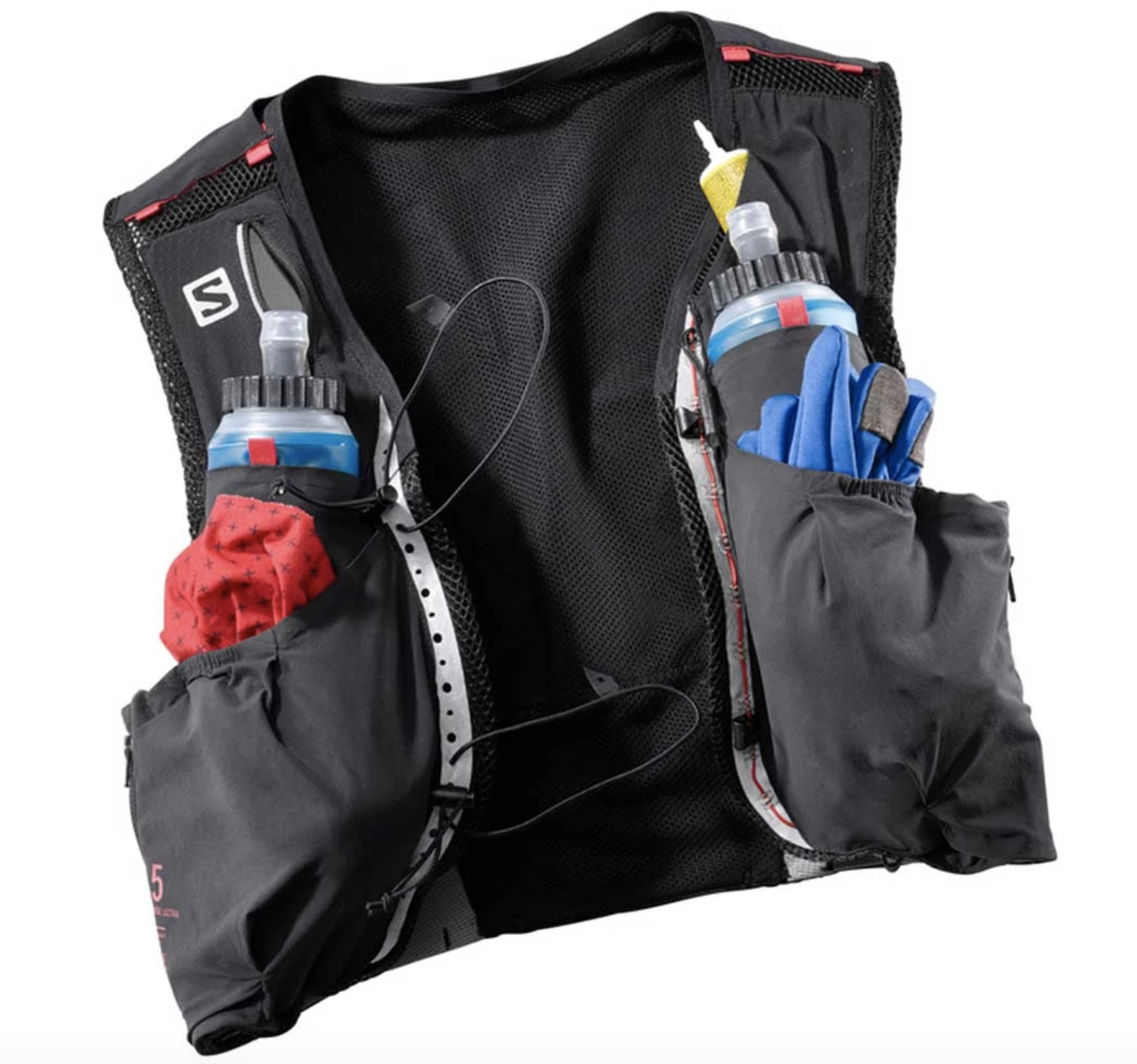 Dress up, show up

Having arrived at the festival so late, we hadn’t seen anything in daylight yet. What a treat it was waking up to Namaqualand. Grant Ross, event organiser, avid trail runner and adventurer, gave us all a gentle reminder over the loudspeaker that it was trail time. We made it to the start line just in time for the pre-race warm-up. 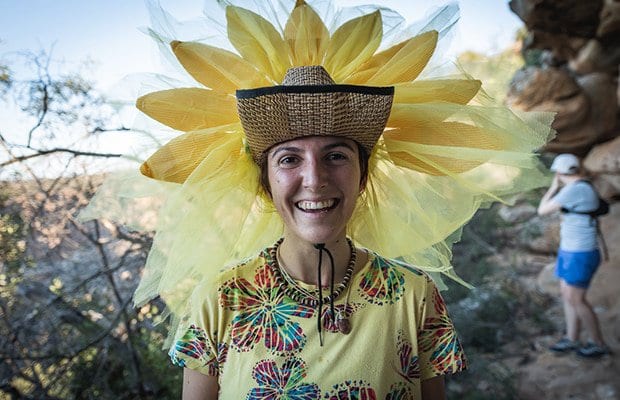 Ever lined up for a race and the person next to you is in a Morphesuit with a giant foam sunflower surrounding their face? I hadn’t — but I recommend it. All of the outfits were on point and good vibes were flowing when we hit the trails.

READ MORE: “I Climbed Table Mountain 5 Times In One Day For The Cableway Charity Challenge”

The route was a spectacular mix of rock, sand, fields and wilderness with majestic views. If you’ve ever visited the Namaqualand region, you’ll know all about the rock formations, Bushman paintings and famous flowers. The trails took us past waterfalls and rock pools. And the 30+ degree heat made them very tempting.

I don’t know if you’ve ever run anywhere in a wig, but I don’t rate it. The combo of warm weather and unbreathable material makes for a hot, sweaty mess. Not to mention the hazard involved in ducking under bushes. A couple of branches snagged my wig and completely ripped it off. Which brings us to the tutu…

The tutu receives a 5/10 for its aesthetics, breathability and general fun-ness. But it loses points for catching on everything! Yoh, I ripped a few mean holes in that poor skirt and I picked up a few twigs as well.

By the time I’d finished the race, I was more than happy to chuck the wig into a far corner of our tent, but I did rock the tutu for the rest of the day. With 20km of trail under my flowery belt, I was ready to partaaaay. 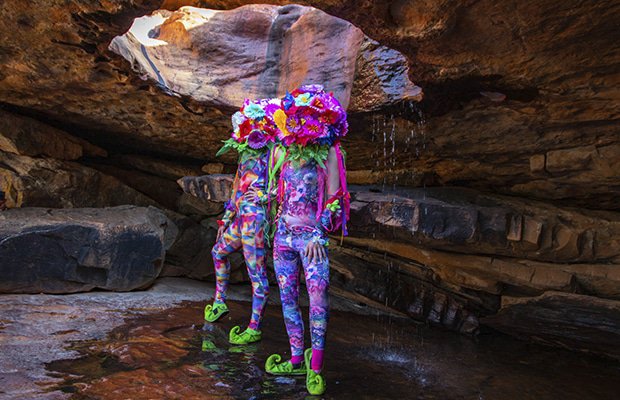 The rest of the fest

An entertaining afternoon set the mood for the night’s festivities: Enjoying the rock pools and watering holes was followed by an epic open mic sesh. Those with the guts and the talent had a moment to shine on the stage. (I wasn’t one of them, lacking in both required departments.) There was also a beekeeping workshop, yoga and a medicinal plant walk.

READ MORE: This Is The Critical Prep You Should Be Doing The Night Before A Race 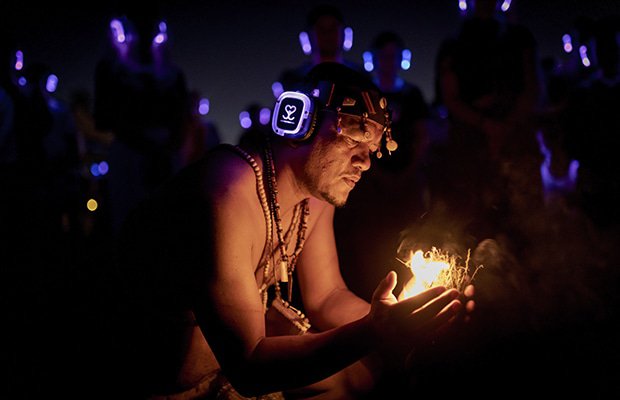 Around 8pm, Grassy Spark took the stage and owned it. What energy, what a vibe and such sweet tunes. Not to be outdone by the silent disco by Secret Sunrise, which generously allowed the party to continue while sleepy peeps caught some Zs. Smart, I know.

When we all finally did head to bed, it was with massive smiles and happy hearts.

I woke up to an announcement: five minutes to yoga o’clock. My sister and I threw on some clothes and rolled out to one of the most relaxing yoga classes I’ve ever experienced, then back to the tent for a cup of really good coffee. 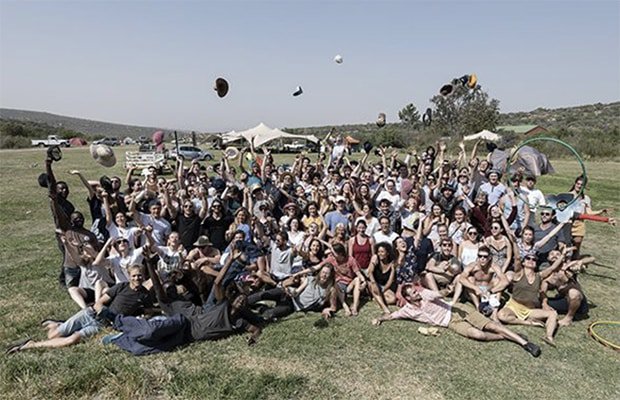 We hung around for the prize-giving — and I’m glad we did. Like the rest of the festival, it had a twist. At the Namaqualand Flower Festival, everyone gets prizes, but you need to work for them. We’re talking best party trick, best story of the weekend and  longest handstand, amongst others.

We headed home incredibly grateful that we’d been apart of the Namaqualand Flower Festival 2019. And there is no doubt we’ll be back.