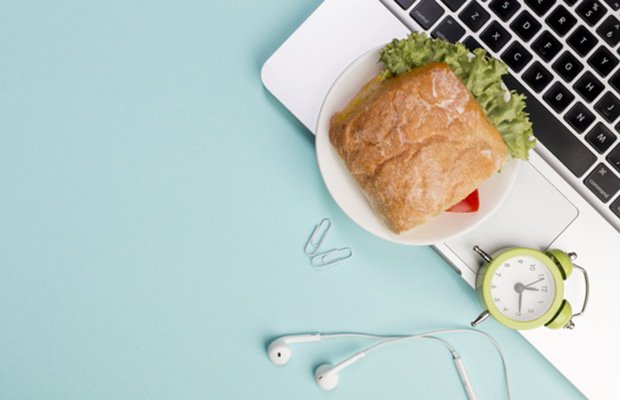 Let’s be honest: The word “fasting” doesn’t exactly bring up delicious thoughts and positive vibes. For plenty of people, it probably conjures up images of starvation and deprivation and makes their stomach start growling.

Yet, intermittent fasting has so many folks going wild right now, raving about how the strict-and-scheduled eating plans helped them lose weight and improve their health. So there must be some good in the health and weight-loss fad, right?

Dr Charlie Seltzer, weight-loss physician and certified personal trainer, points out that what most people are doing nowadays isn’t “true” fasting (in other words, eating only one meal per day or nothing at all in a day’s period). Instead, they’re intermittent fasting (duh), meaning they’re taking an approach to eating that involves restricting calorie consumption to a certain window of time each day, like only from 11 a.m. to 7 p.m. (so you fast for 16 hours, a.k.a. a 16:8 diet).

The logic behind periodic fasting as a weight-loss approach: “Since you need to have a calorie deficit to lose weight, eating within a window makes it easier to eat less and hit your designated calories,” Dr Seltzer explains.

Intermittent fasting has some pros beyond weight loss, too, says Dr Seltzer. It works with a lot of people’s lifestyles, allowing them to skip meals during the day when they’re busy or not super hungry and might otherwise just eat out of obligation. What’s more, following a 5:2 fasting schedule may even improve your heart health; fasting can lower blood pressure and bad cholesterol, according to Cleveland HeartLab.

READ MORE: 6 Teas That Help With Cravings When You’re Struggling To Lose Weight

“True fasting has a large variety of health benefits beyond those that occur with calorie restriction,” Dr Seltzer adds. “It can cause something called cellular autophagy, where our cells eat themselves [to destroy damaged cells and make way for new, healthy ones].”

That said, intermittent fasting shouldn’t be attempted without some thought as to whether it’s really a good idea for your personality and lifestyle — and not just because it could be challenging to stick to, but because it could be downright bad for some groups of people.

Registered dietitian Barbie Boules of Barbie Boules Longevity Nutrition says the people who should not consider intermittent fasting are:

But honestly, anyone who requires a consistent, healthy input of calories throughout the day to be healthy (physically and emotionally!) isn’t the ideal candidate to try intermittent fasting. If you’re unsure where you stand, it’s always wise to speak with a medical professional first.

Here are eight potential disadvantages, side effects and straight-up warnings about intermittent fasting to keep in mind if you’re a healthy adult and thinking about trying it yourself.

Surprise, surprise: Not eating for 16 hours a day could make you ravenously hungry, at least while you’re in an adjustment period.

In theory, says Dr Seltzer, intense hunger shouldn’t happen while intermittent fasting using a plan such as the 16:8 method; if you’re fasting correctly by filling up on protein at the end of the day, you shouldn’t be hungry first thing in the morning. (Your appetite wouldn’t kick in until later on the following day.)

In reality, though, this might take some getting used to. “The main worry is setting off binge-eating behaviour, because you are so hungry you’re eating 5 000 calories [and going way over your daily amount],” Dr Seltzer explains.

In other words, only eating within a short window is not a free pass to set up camp at the all-you-can-eat buffet for eight hours, which would defeat the purpose of fasting. And this can be a huge challenge for many people who are used to eating much more regularly and who may not be totally in tune with their body’s hunger cues.

2. It might make you feel sick or fatigued in the morning, especially if you work out first thing.

Committed to your 6 a.m. workout? Intermittent fasting might not be a great choice. “I think it’s a terrible idea to exercise on an empty stomach,” says Boules. “We benefit from a little glucose before and some protein after.”

If you’re interested in experimenting with fasting periods and work out a ton, consider talking to a sports nutritionist or doctor to assess your workout schedule and level of rigour. You might be okay fasting for a specific amount of time on days you don’t exercise, for instance. But if you’re, say, training for an endurance event, fueling your body around the clock and getting substantial calories is going to be much more important than trying to force fasting into your routine when your body is already being taxed by your training.

And even if you’re not a morning exerciser, not eating until, say, noon when you’re used to waking up and having breakfast at 8 a.m. may leave your stomach-churning. In turn, you may feel off, a little lightheaded, or nauseous as you get used to the new schedule.

READ MORE: This Injection Is The Latest Development In Weight-Loss Surgery

3. Fasting diets are rigid and rule-based.

Both Dr Seltzer and Boules describe intermittent fasting as very individualised, meaning it could work well for some people and turn into a total disaster for others depending on a number of lifestyle factors.

Boules says that people who “like rules” might respond to the diet’s restrictive calorie window. But for others — like people who travel five days a week, changing time zones or schedules frequently — the diet will bring more stress than weight loss or other potential health perks. If the idea of watching the clock for permission to eat sounds unappealing to you, sit this one out.

4. It doesn’t always play nice with other diets.

Boules says intermittent fasting is often combined with other restrictive diets, like keto, which can cause double-trouble if either of those approaches — or heaven forbid both — aren’t right for you.

Adopting a diet plan that means you can only eat lean protein and vegetables between the hours of 1 and 9 p.m. every day doesn’t exactly set you up for winning any popularity contests with your friends and family (not to mention the mental fatigue that comes with jumping through meal-planning hoops on the regular), Boules points out.

But hey, your diet choices are your own, and if you are up for the challenge of navigating an intense and strict food routine and your personal life, that’s entirely your decision.

READ MORE: Can You Really Target Fat Loss To A Specific Area, Or Is That Total B.S.?

5. You may deal with low blood sugar.

This is why people with diabetes should steer clear of fasting. Low blood sugar, or hypoglycaemia, is a side effect of diabetes and insulin medication, but it can happen to non-diabetics, too (if you have thyroid disease, for example).

Not eating enough and skipping meals are common triggers for hypoglycaemia. So, “people prone to hypoglycaemia might feel dizzy or have nausea or shaking,” warns Dr Seltzer.

Other symptoms of mild to moderate hypoglycaemia include headache, blurred vision, sweating, fatigue and paleness, according to the National Institute of Diabetes and Digestive and Kidney Diseases.

6. The research is minimal.

Look, we all know the internet is full of so-called health claims made by “experts” about the best diets. And while the field of research on intermittent fasting isn’t empty, Boules is hesitant to jump on the bandwagon based on what she’s seen so far.

“Despite a deluge of articles citing studies, solid evidence in support of intermittent fasting as a superior approach to eating just isn’t there yet,” she says.

What studies is Boules referring to? Well, most of the more compelling ones were actually performed on rodents. Human studies have not shown the same scope of evidence.

A few examples: A 2018 study published in Nutrition and Healthy Aging showed weight-loss results after 12 weeks of 16:8 intermittent fasting — but the sample size was only 23 people. A 2017 study in JAMA Internal Medicine showed that a fasting group of 100 participants lost more weight over a 12-month period than a non-dieting group, but not more than a group that cut calories overall.

There also remains debate about whether the actual fasting is responsible for the health benefits, or if it’s simply the reduction in calories.

This isn’t to say that better, more conclusive research won’t ever become available, but as Boules said, we’ve got a ways to go before we understand everything about intermittent fasting.

READ MORE: Running Is Your Best Bet If You’re Genetically Prone To Obesity, According To New Study

While Boules admits that intermittent fasting can be a great strategy for curbing mindless late-night snacking, it can totally work against mindful eating, too. Rather than thinking about whether or not you’re truly hungry, you’re simply eating by the clock.

“I encourage my clients to [evaluate their hunger] on a daily basis and act accordingly,” she says. “Every day is different for sleep, exercise, stress, hormones and schedule, which all affects appetite. It’s one of many reasons I don’t believe it’s healthy to apply ‘rules’ to your food philosophy.”

Even in dieting, moderation is key; no diet is sustainable if you’re unable to adapt it to your lifestyle as needed. For example, Dr Seltzer reiterates that many athletes need a morning meal and see better results when they eat before training. Sticking to a strict intermittent fasting schedule in that example precludes that.

Boules agrees: “I [have seen] people not consuming anything but water prior to a challenging morning workout and for several hours after — this is simply not a good idea.”

Ultimately, if you’re just not sure how to feel about intermittent fasting, don’t hesitate to hash it out with a pro, like a registered dietician or doc you trust.

At the end of the day, if you’re a healthy adult, intermittent fasting probably won’t do damage (even if it turns out to not be a good fit for you personally). Dr Seltzer and Boules both acknowledge the control it teaches, though they remain on the fence about whether the potential side effects outweigh the benefits.

“Please understand this will not work for everyone and is not required for good health,” Boules says. “While I’m watching the research and will own it if I’m proven wrong, I think it’s yet another example of a fad approach to wellness.”