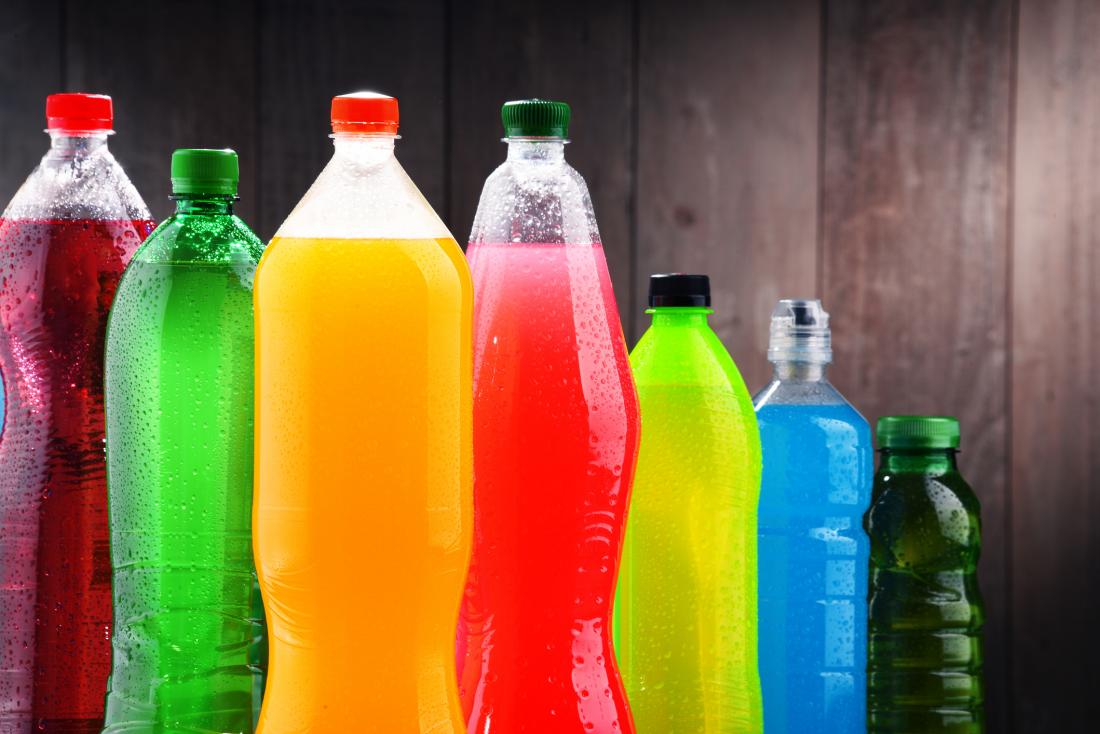 New research suggests that high levels of fructose in the diet could impact liver health in important ways.

A recent Cell Metabolism paper describes how researchers compared the effect of adding fructose and glucose to normal and high fat diets in mice.

They found that fructose and glucose, when added to a high fat diet, affect mechanisms in the liver in opposite ways.

It appears that high levels of fructose can disrupt fat metabolism in the liver in ways that are bad for health, while high levels of glucose can improve it.

“This contrasts the effect of adding more glucose to the diet, which promotes the liver’s ability to burn fat, and, therefore, actually makes for a healthier metabolism,” he adds.

Prof. Kahn is also head of Integrative Physiology and Metabolism at Joslin Diabetes Center, an affiliate of Harvard Medical School.

Fructose and glucose in added sugar

In their study background, the authors explain that as well as being high in fat, the typical Western diet is also high in sugar sweetened drinks.

Like increased consumption of high fat foods, higher consumption of sugar sweetened drinks has emerged as a sizeable risk factor for obesity and its complications, such as type 2 diabetes, and nonalcoholic fatty liver disease (NAFLD).

Prof. Kahn and his team have been investigating the effects of added sugar in the diet in a series of studies, of which the recent one is the latest.

Added sugar in the diet has two forms: sucrose or high fructose corn syrup. Both these forms contain fructose and glucose.

What the team is discovering through the latest and previous findings is that these two forms of sugar have diverging effects in the liver.

In a 2017 study, for example, they showed how adding fructose to a high fat diet caused mice to develop obesity, glucose intolerance, and enlarged livers.

In contrast, adding glucose to a high fat diet did not have these effects despite the calorie intake being very similar.

In the recent study, the researchers focused on two mechanisms — one involves mitochondria, the tiny compartments inside cells that give them energy, and the other is to do with fatty acid oxidation, or fat burning.

As in previous studies, they saw that mice on the regular diet with fructose or glucose in their drinking water gained around 30% more weight than mice that drank plain water. Also, these mice did not develop high blood glucose, a feature of diabetes.

All three groups of mice on the high fat diets did develop obesity, with increases in body weight of 40–60% on average. In addition, these mice showed signs of liver enlargement and hepatic steatosis, or fat buildup in the liver.

However, while the high fat diet mice on water with added glucose gained a similar amount of weight as their other high fat diet companions, they did not develop the other symptoms, despite having the same calorie intakes.

The researchers analyzed the mice’s liver tissues and cells to look more closely at markers of fatty liver.

One marker that they examined was the level of acylcarnitines. These compounds are byproducts of fat burning in the liver, and higher levels signify higher levels of fat buildup.

The researchers note that these results support those of earlier studies and suggest that glucose helps the liver to burn fat.

Another marker that the team examined in the mice livers was carnitine palmitoyltransferase 1A (CPT1A), a mitochondrial enzyme with a key role in fat burning.

In contrast to acylcarnitines, higher levels of CPT1A are a good sign as they indicate that the mitochondria are carrying out their fat burning function.

The high fat mice on water with added fructose, however, had low levels and lower activity of CPT1A. This observation suggested that something was wrong with the mitochondria in their liver cells.

“When mitochondria are healthy, they have this nice ovoid shape and crosshatching,” Prof. Kahn explains.

The test results for acylcarnitines, CPT1A, and other markers led the team to conclude that both the high fat and high fat with fructose diets caused the mice’s livers to favor fat storage rather than burning by damaging their mitochondria.

The researchers believe that finding a drug that blocks these undesirable effects in fructose could lead to a treatment that prevents NAFLD, glucose intolerance, and diabetes.

“This is one of a series of studies that we’ve been doing, concerning what role high fructose in the diet plays in terms of insulin resistance and metabolic syndrome.”