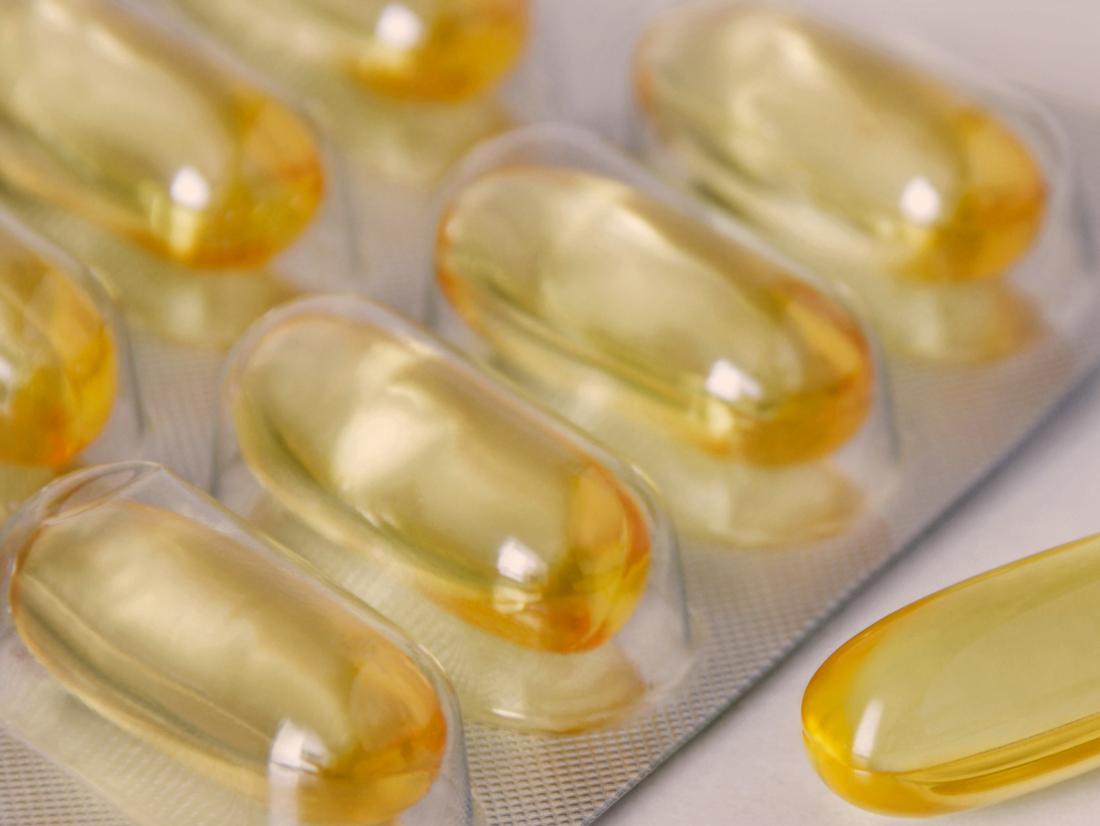 According to a new meta-analysis of recent clinical trial data, taking daily omega-3 supplements could protect against heart attacks.

These were the findings of an updated meta-analysis that pooled data from 13 trials involving more than 125,000 participants.

However, the new study included data from three large scale recently completed trials, which increased the number of participants by 64%.

The inclusion of the new data had a “substantial influence on the available evidence,” note the authors in a recent Journal of the American Heart Association paper about the study.

“This meta-analysis,” says first study author Yang Hu, Ph.D., of the Department of Nutrition at Harvard T.H. Chan School of Public Health in Boston, MA, “provides the most up-to-date evidence regarding the effects of omega-3 supplementation on risk of multiple [cardiovascular disease] outcomes.”

An 8% reduction in risk of heart attack and other cardiovascular events may seem modest to individuals.

However, Hu and colleagues point out that since these events affect millions of people worldwide every year, even a modest risk reduction can mean hundreds of thousands fewer heart attacks and premature deaths.

Omega-3 fatty acids are one of the two main types of polyunsaturated fatty acids (PUFAs), the other being omega-6.

Fatty acids have many vital roles in the body. They are essential components of the fat molecules that form cell walls. They also help to produce energy and make molecules called eicosanoids that perform signaling functions in many body processes, including the cardiovascular system.

The body cannot make ALA and has to obtain what it needs from dietary sources, such as soybean, flaxseed, and canola oil.

Although the body can make DHA and EPA from ALA in the liver, the amounts are small and, therefore, it must get them from the diet, too.

Fish and fish oils are rich sources of DHA and EPA. The fish do not produce these two omega-3s but get them from eating phytoplankton that have ingested the microalgae that produce DHA and EPA.

Dietary supplements can contain a range of omega-3 fatty acids, including ALA, DHA, and EPA. Fish oil is the main source of DHA and EPA, although there are vegetarian products that source these from algal oil.

It is important to check labels on dietary supplements as their formulations of omega-3s can vary widely.

In their study background, the researchers review how the evidence stood before their recent analysis.

Whether omega-3 supplements reduce the risk of cardiovascular disease “is the subject of intense debate,” they note.

While observational studies have consistently tied higher fish consumption to a reduced risk of heart disease, these benefits have not surfaced in randomized clinical trials.

These clinical trials have tested marine, or fish derived, omega-3 supplementation — primarily as a moderate dose of EPA and DHA compared with placebo — and produced “largely null results.”

The new study is different in that, by adding data from three new large scale clinical trials, it increases the sample size by more than half across all 13 datasets.

The new analysis pooled data on a total of 127,477 participants of average age 64 years at baseline and 60% male. The average body mass index (BMI) was 28, and the average duration of supplementation was 5 years.

Although the omega‐3 supplementation dose ranged from 376 to 4,000 milligrams per day (mg/d), most of the trials used doses of 850 mg/d or higher. However, the “relative proportion of EPA and [DHA] varied among different trials,” note the authors.

The analysis revealed that those who took omega-3 fish oil supplements every day had a lower risk for most cardiovascular disease conditions compared with those taking a placebo. There was no benefit, however, for stroke.

The researchers observed that there was a link between higher doses of omega-3 fish oil supplements and greater reductions in risk.

These results may suggest that taking omega-3 fish oil supplements above the 840 mg/d that most of the randomized clinical trials tested could lead to an even more significant reduction in risk of cardiovascular disease.

“We found significant protective effects of daily omega-3 supplementation against most [cardiovascular disease] outcome risks, and the associations appeared to be in a dose response manner.”