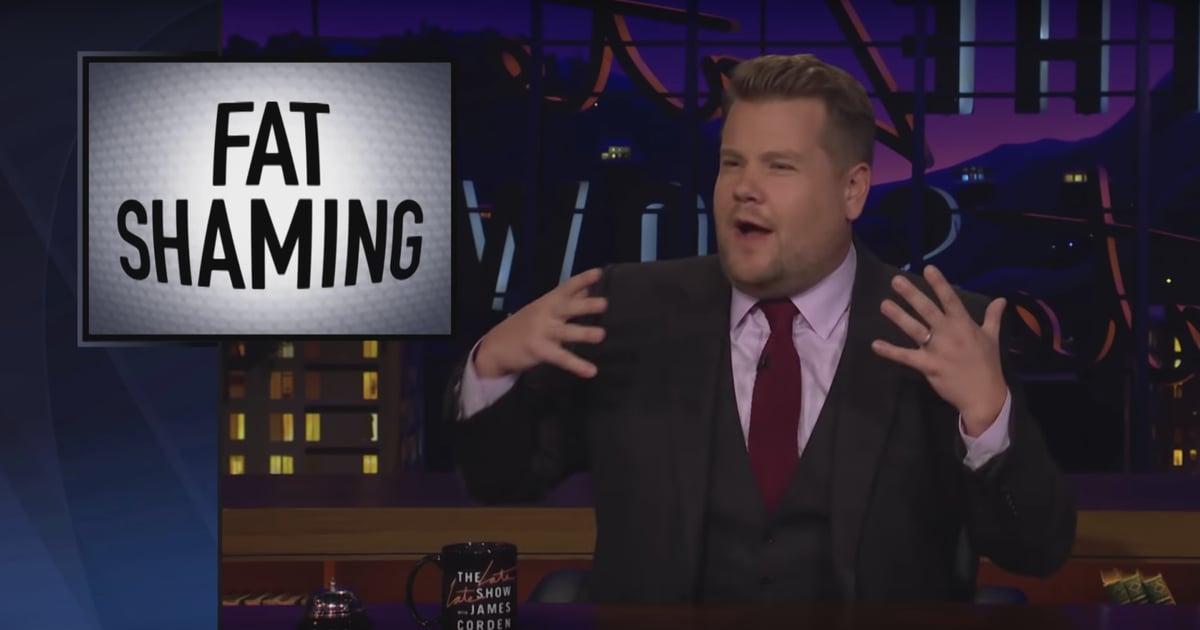 James Corden will not tolerate body-shaming, and he has a message for anyone who disagrees with him. During Thursday night’s episode of The Late Late Show With James Corden, the television host responded to an offensive comment made by comedian Bill Maher. “Fat-shaming doesn’t need to end; it needs to make a comeback . . . Some amount of shame is good,” Bill said on an episode of his show Real Time last Friday, but James wasn’t having it.

“Fat-shaming never went anywhere. Ask literally any fat person, we are reminded of it all the time,” James said on The Late Late Show. “If making fun of fat people made them lose weight, there’d be no fat kids in schools, and I’d have a six-pack right now.”

While James starts by making a few food jokes and getting in some digs at Bill, he soon turns serious and points out that body-shaming is harmful and only leads to self-destructive behavior. “Let’s be honest, fat-shaming is just bullying. And bullying just makes the problem worse,” he said. “There’s a common and insulting misconception that fat people are stupid and lazy and we’re not. We get it, we know. We know that being overweight isn’t good for us, and I’ve struggled my entire life trying to manage my weight and I suck at it.”

James then goes on to explain his personal journey with weight loss and diets, and points out that poverty and genetics play a key role in the size and shapes of our bodies. Watch the full video to hear James’s full, important message.