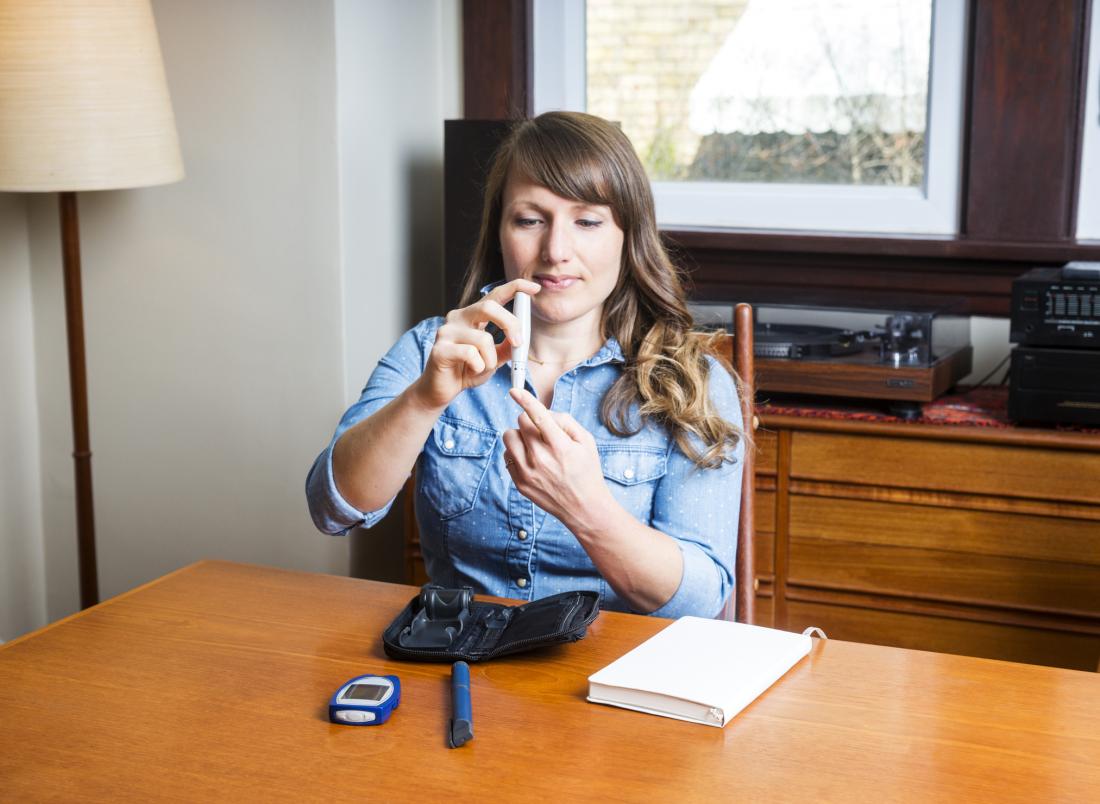 The fat that accumulates around the organs is a hidden risk factor for diabetes, especially in women.

Though excess body fat is a known risk for many metabolic conditions, including type 2 diabetes, recent research has been gathering evidence to show that the amount of body fat is not the only factor that contributes to risk.

A study that Medical News Today covered last year explained that doctors might do well to assess where fat accumulates around the body, and not just how much there is, to understand a person’s risk of diabetes.

Now, research from Uppsala University in Sweden has found that the fat that accumulates around the organs and intestines — called visceral fat — is a crucial factor that raises the risk of type 2 diabetes, particularly in women.

The team — co-led by Torgny Karlsson, Ph.D. — studied the data of 325,153 individuals, which they accessed through the UK Biobank.

Visceral fat is “invisible,” and it can be difficult to find out how much a person’s body has stored. To do so, specialists must conduct expensive tests, such as MRI and CT scans or dual-energy X-ray absorptiometry.

Yet, in their study — the results of which appear in Nature Medicine — the researchers developed an easier, more cost-efficient method of estimating body fat that allowed them to then conduct further analyses, establishing how this form of fat contributed to health risks.

“To measure the amount of visceral fat, advanced and costly diagnostic imaging techniques are required. We have developed a simple method, which instead estimates an individual’s amount of deep belly fat from other parameters more easily measured than the visceral fat itself, and the method can, therefore, be used in most clinics.”

After calculating visceral fat estimates for their study cohort, the researchers conducted a genome-wide association analysis that allowed them to identify visceral fat as a top risk factor for hypertension, heart attack and angina, type 2 diabetes, and hyperlipidemia.

While the initial findings may come across as quite intuitive, the scientists faced a few unexpected results as well.

“We were surprised that visceral fat was more strongly linked to risk of disease in women compared to men,” notes study co-authors, Åsa Johansson, an associate professor at Uppsala University. And the highest increase in risk was for type 2 diabetes.

“Adding an extra kilogram of visceral fat can increase the risk of type 2 diabetes more than seven times in women, while the same amount of fat accumulation only increases the risk a little more than two times in men,” Johansson says.

However, the researchers explain that this is not the case for all women. The risk increase, they say, occurs most rapidly in individuals who only have small or moderate amounts of visceral fat to begin with.

If people with larger amounts of deep belly fat continue storing even more fat, the risk for type 2 diabetes increases much less, the team found.

“Nonlinear effects like this are very interesting to study and may help us to understand the biology behind the link between visceral fat and disease,” says Karlsson.

In another part of their study, the researchers also worked to identify the genes that contribute to the amount of visceral fat a person is likely to store in their body. They were able to pinpoint upward of 200.

The team notes that many of these genes have links to behaviors, suggesting that unhealthful habits, such as overeating and lack of physical activity, are the most important factors when it comes to the excessive storage of fat around organs.

But the researchers also warn that people who may not appear to have a lot of body fat may still have excessive “hidden” visceral fat that may prove harmful to their health.

Karlsson and colleagues hope that the new method of estimating visceral fat that they have developed may make it easier for specialists to identify those at risk of cardiovascular or metabolic conditions.

“The findings of this study may enable us to simplify measurements of visceral fat, and thus more easily identify people at high risk of developing diabetes and cardiovascular disease,” concludes Karlsson.