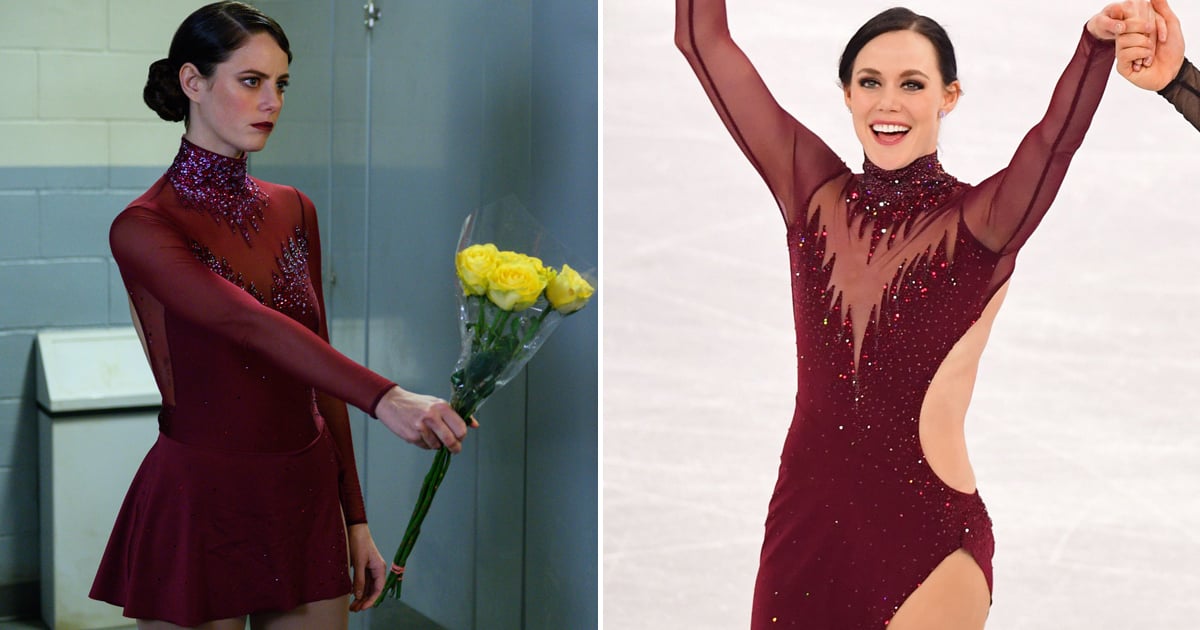 Netflix’s Spinning Out isn’t exactly a meticulously-researched sports drama, but that doesn’t mean the show is void of any references to the real world of figure skating. The series follows a fictional set of figure skaters — led by Kat, who turns to pairs skating after an injury derails her singles career — but there are several details in the series that will have fans of the sport nodding in recognition. With inspiration cribbed from real costumes, programs, and more, plus a few cameos from champion skaters, Spinning Out is sure to keep skating superfans tuning in! Ahead, we’ve rounded up a few of the most noticeable details. Did you spot any that we missed?