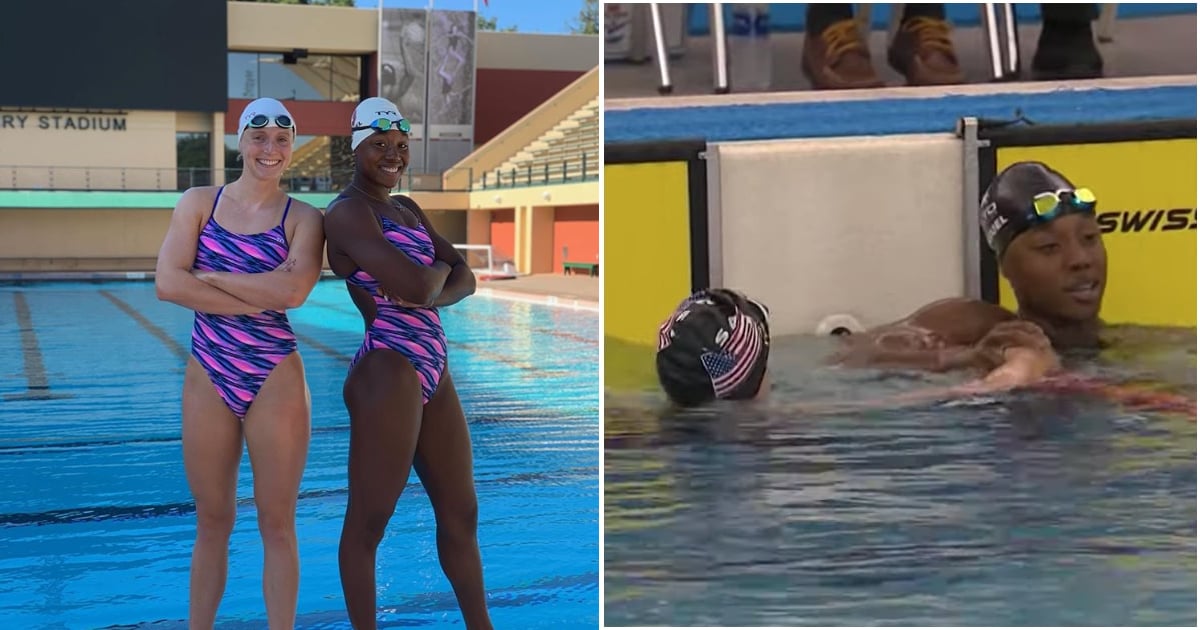 Simone Manuel and Katie Ledecky are two of the best swimmers competing today, but despite being BFFs — they both swam at Stanford and roomed together at the 2016 Olympics — they rarely go head to head in the pool. It makes sense; Simone and Katie race different events, with Simone dominating the 50- and 100-meter sprint races and Katie going virtually unbeatable in longer-distance events. When they do cross paths in competition, you can bet it’ll be a competitive race and total treat to watch.

That’s exactly what happened on Nov. 8 at the 2019 TYR Pro Swim Series season opener: Simone and Katie squared off in the 200-meter freestyle, a competition in which Katie is the reigning Olympic champion. Between the two of them, mind you, these swimmers could fill up a whole bank vault with their hardware: Simone has four Olympic medals and 15 world titles, while Katie has six Olympic medals (all gold!) and 18 from the world championships. And these two world champions were joined by eight-time Olympic medalist Allison Schmitt, who holds the American record in this event.

Katie got off to a fast start and held the lead for the whole race, easily touching first with her fastest 200 time of the year. Behind her, the real battle was for second. Simone hung back for much of the race, conserving energy while staying within striking distance. In the final 50 meters, she sprinted into the pack and out-touched Allison to take second place.

Katie’s win and her fast time of 1:55.68 show that she’s more than moved on from a disappointing and illness-ridden World Championships in July; with the Olympics around the corner, she’s looking as formidable as ever. It’s unclear if we’ll see a repeat of this star-studded lineup in Tokyo, especially since Simone didn’t race the 200 in Rio, but can you blame us if we start crossing our fingers now?